Mistakes Were Made is an hilarious, but also deeply moving character study of a man seeking redemption, but inescapably creating destruction. Felix Artifex, a B-list Off-Broadway producer, gets in way over his fast-talking head when he takes on a gargantuan epic about the French Revolution which he thinks is going to be his ticket to professional and personal reclamation. While trying to land a big star for the lead role, he uses all his powers of persuasion, seduction and intimidation to strong-arm the writer into massively rewriting his play. At the same time, he attempts to reconnect with his estranged wife and untangle himself from a mess involving sheep in a distant war-torn country.

To view a video clip of Mistakes Were Made, click here.
PREV / NEXT   6 / 6
BACK TO MISTAKES WERE MADE 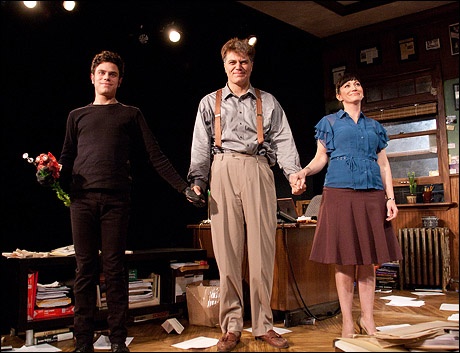